You are here: Home / For Businesses

…to attract new customers, encourage loyalty of local shoppers and support Cochrane’s economy and the community in general.

Your business can accept Cochrane Dollars just by letting us know! There are no start-up costs, and we’ll support you every step of the way with a fantastic marketing program. Anytime you need to purchase Cochrane Dollars or want to exchange them for Canadian dollars, just go to ATB’s Cochrane branch.

You get all of this, at no cost and with NO FEES

Ready to accept Cochrane Dollars? Add your business to the directory!

Michael Guenzel of Krang Spirits shows off two bottles of their liqueurs that will earn customers 5C$ when purchased. 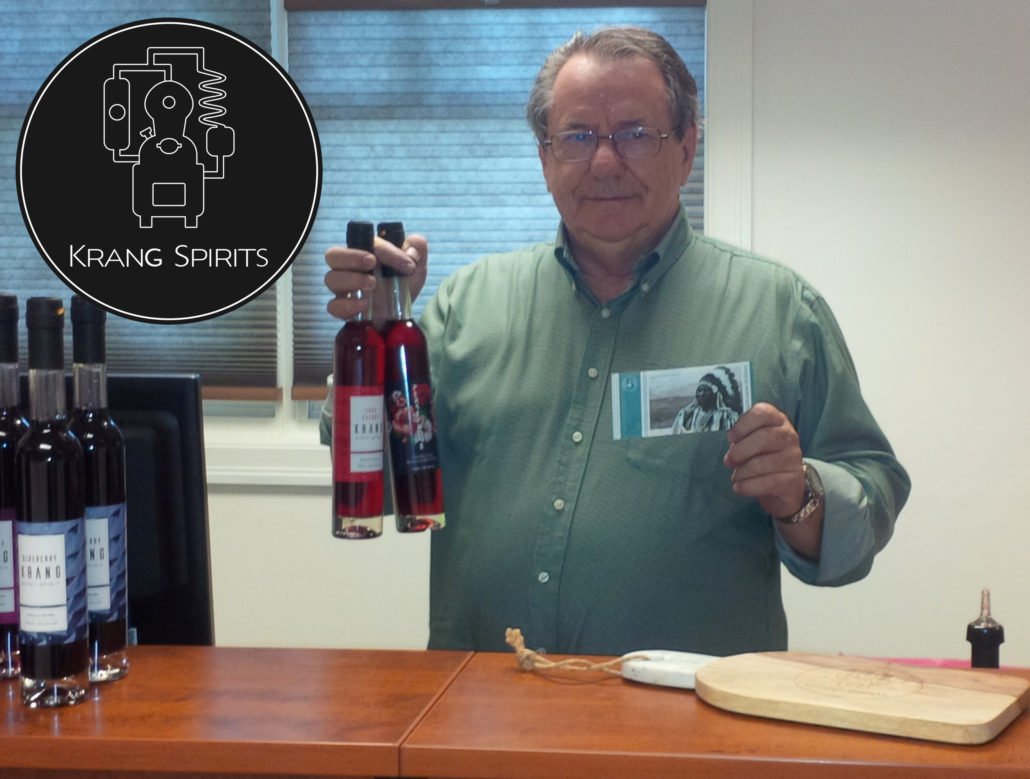 Since the launch of the Cochrane Dollars into circulation in May of 2017, Krang Spirits has been offering their customers 1C$ cash back on the purchase of a single bottle of their spirits and 5C$ back with the purchase of two bottles or more.  They can say with confidence that they almost never make a sale of a single bottle of their vodka or liqueurs and it appears that this promotion is working as intended.  They can’t compare sales to the previous year as the distillery hasn’t been open that long.

“Customers like that they can spend the Cochrane Dollars in other businesses in town”, say Susan Ransom and Michael Guenzel, owners of Krang Spirits.  “Once we tell our customers that it’s like Canadian Tire money but not limited to our store alone, they understand the project completely”.  Susan also says that not a single customer has turned down the offer of free local money and a number of tourists say they want to take them home to show family and friends.  This means they will talk about the business in Cochrane they received them at and we can expect at least some of those conversations to translate into future sales as tourists and their family or friends return to Cochrane.

Krang Spirits’ customers also say they love the idea that the Canadian dollars held in the bank for the Cochrane Dollars can never be spent but the interest gained from them can be used for community projects.

For Susan and Michael at Krang Spirits, the fact that there are no costs involved for the consumer or business owner to use the Cochrane Dollars as a promotional tool makes all the difference. “If there were fees, restrictions or other rules involved, we wouldn’t have participated”. 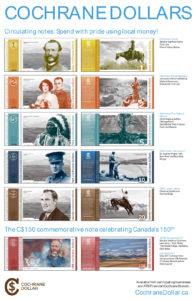 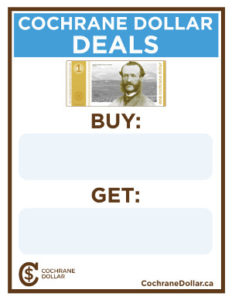 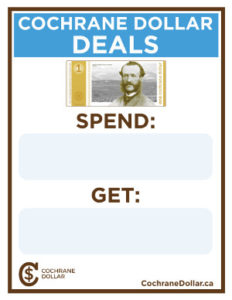